Discourse of the Schizophrenic: Nietzsche’s Dance of Philosophy

Discourse of the Schizophrenic: Nietzsche’s Dance of Philosophy

“I did not write Écrits in order for people to understand them, I wrote them in order for people to read them. Which is not even remotely the same thing. People don’t understand anything, that is perfectly true, for a while, but the writings do something to them. And this is why I would be inclined to believe that—as opposed to what one imagines when one peers from the outside—people do read them. One imagines that people buy my Écrits but never open them. That’s false. They even wear themselves out working on them. Obviously, when one begins my Écrits, the best thing one can do is to try to understand them. And since one does not understand them, one keeps trying. I didn’t deliberately try to make them such that people don’t understand them— that was a consequence of circumstance. I spoke, I gave classes that were very coherent and comprehensible, but, as I turned them into articles once a year, that led to writings which, compared to the mass of things I had said, were incredibly concentrated and that must be placed in water, like Japanese flowers, in order to unfold. The comparison is worth whatever it’s worth.”
— Jacques Lacan, The Triumph of Religion 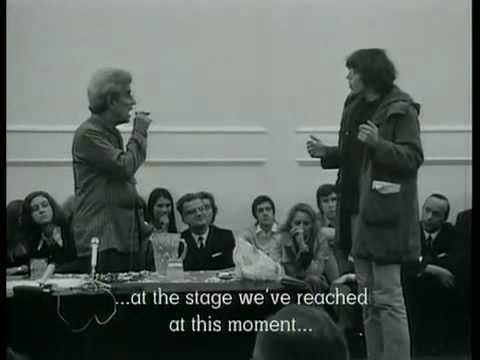 
Reading the old books of philosophy has lots of charm: Das Kapital, Ethics, The Republic, the Écrits etc, and all interpretations are interpretations. Everyone's Nietzsche, for example, is different.

"Is Nietzsche a "dialectician"? Not all relations between "same" and "other" are sufficient to form a dialectic, even essential ones: everything depends on the role of the negative in this relation [...]It has been said that Nietzsche did not know his Hegel."
- Gilles Deleuze, Nietzsche and Philosophy


So this is where we can turn a history of philosophy into an actual philosophy. You make it yours. You find the bits the philosophers missed. You change definitions. Debate these definitions, and then produce new concepts. Everyone's Lacan, for example, is different. He calls this the 'discourse of the hysteric'.

Debates and discourses are always ongoing, debate is the middle line between repeating old philosophy and actually producing something new ("doing philosophy").

Žižek's opening line in Organs without Bodies is that philosophy is simply a continuum of one philosopher misinterpreting another.
"As Alain Badiou put it, philosophy is inherently axiomatic[...]hence all great 'dialogues' in the history of philosophy were so many cases of misunderstanding: Aristotle misunderstood Plato, Thomas Aquinas misunderstood Aristotle[...] Precisely when one philosopher exerted a key influence upon another, this influence was without exception grounded in a productive misreading- "

I wrote Metaphysical Reification because I believe this is true, a misinterpretation is an abstraction. It turns something into nothing. But nothing is not just nothing, but a determinate nothing (Spinoza's famous "determination is negation" which Sartre apparently 'reverses' in his Being and Nothingness.) So when we misinterpret, or when we abstract, we produce the potential for something new. A "productive misreading".

To us 'Deleuzians' we may simply call this; a reading.

This 'discourse of the hysteric' -the search for objet petit a- is the simple explanation for philosophy and for the philosophers, from what I’ve gathered from the 'Lacanians’ and read of Lacan.

This is why some (if not most) consider Lacan an antiphilosopher. He’s solved the mystery of the new concept, the emergence of the synthetic a priori, of Philosophy with the big P, with psychoanalysis. As the “return of object a”.

But what does Deleuze say? And why does Žižek believe he deserves a whole book dedicated to him?

"Nietzsche emphasises the fact that force has another force as its object. But it is important to see that forces enter into relations with other forces. Life struggles with another kind of life. Pluralism sometimes appears to be dialectical — but it is its most ferocious enemy, its only profound enemy. This is why we must take seriously the resolutely anti-dialectical character of Nietzsche's philosophy."


[T]he essential relation of one force to another is never conceived of as a negative element in the essence. In its relation with the other the force which makes itself obeyed does not deny the other or that which it is not, it affirms its own difference and enjoys this difference. The negative is not present in the essence as that from which force draws its activity: on the contrary it is a result of activity, of the existence of an active force and the affirmation of its difference. The negative is a product of existence itself: the aggression necessarily linked to an active existence, the aggression of an affirmation. As for the negative concept (that is to say, negation as a concept) "it is only a subsequently-invented pale contrasting image in relation to its positive basic concept — filled with life and passion through and through" (GM I 10 p. 37). "
— Gilles Deleuze, Nietzsche and Philosophy

This is where in Deleuze & Guattari’s A Thousand Plateaus we can find this logic summarised: “Monism = Pluralism.” and so in Nietzsche and Philosophy, Against the Dialectic.

What Žižek considers the perfect Hegelian logic of Lacan: ‘the discourse of the hysteric’. Deleuze considers it not as an "antiphilosophy’’, built on a lack (negation) and founded in dialectical logic (in this case, the search for objet a).
Instead, philosophy is built on the affirmative force of life. Of bringing to life. In a plurality of forces and becomings.

"[Negation] is only a subsequently-invented pale contrasting image in relation to its positive basic concept — filled with life and passion through and through".

In the same sense, 'antiphilosophy' is the "pale contrasting image" to philosophy.

Dialectics is a moment in pluralism. “Pluralism sometimes appears to be dialectical".

Deleuze fulfils the image of the philosopher that Lacan produces, a 'hysteric' and uses it for himself. He reifies it. The Metaphysical Reification of object a.

It’s not just a hysterical search for the object cause of desire.

It’s a schizophrenic dance with the virtual.

What we call operating on the 'Plane of Immanence’.

Or what Žižek calls "the reality of the virtual".

This is Philosophy with the big P - "doing Philosophy."

To reify -to go back and forth- to dance.

As Nietzsche says "I do not know what the spirit of a philosopher could more wish to be than a good dancer. For the dance is his ideal, also his fine art".

To parody, and in the reversal of Žižek’s attempt to return Deleuze to Lacan, I instead wish to introduce the "Discourse of the Schizophrenic."

Or to summarize; what in the works of Gilles Deleuze & Félix Guattari is called “Schizoanalysis”.

"The schizo has his own system of co-ordinates for situating himself at his disposal, because, first of all, he has at his disposal his very own recording code, which does not coincide with the social code, or coincides with it only in order to parody it. The code of delirium or of desire proves to have an extraordinary fluidity. It might be said that the schizophrenic passes from one code to the other, that he deliberately scrambles all the codes, by quickly shifting from one to another, according to the questions asked him, never giving the same explanation from one day to the next, never invoking the same genealogy, never recording the same event in the same way."
- Deleuze & Guattari, Anti-Œdipus

How better to interpret all of this, Metaphysical Reification, psychoanalysis, schizoanalysis, antiphilosophy, philosophy. Negation and Affirmation. "Misinterpreting".
Not as, for Lacan, the eternal search and return for objet petit a (object cause of desire).


But what we might call in a Deleuzo-Guattarian approach to Lacan: 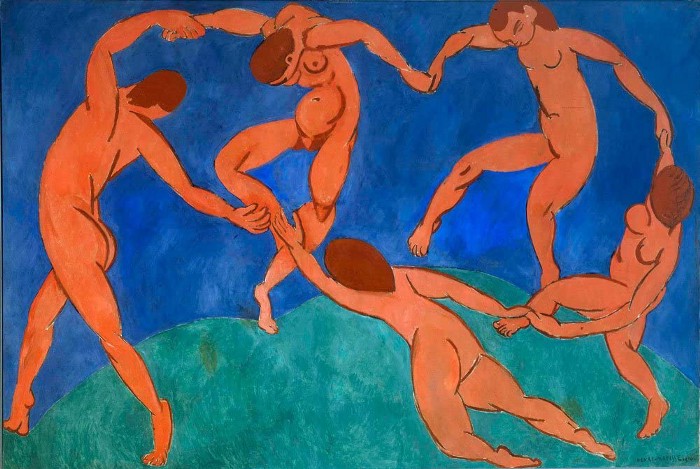 The Discourse of the Schizophrenic.

This, is already perhaps how Nietzsche interprets it, or how I’ve interpretred the writings of Nietzsche; as a dance.

“But there is no such substratum; there is no “being” behind doing, effecting, becoming; “the doer” is merely a fiction added to the deed-the deed is everything.” Friedrich Nietzsche, on the Genealogy of Morality

To dance with Lacan as Deleuze and Guattari do. Instead of the split subject; the schizo subject. Better defined as the Body without Organs:
a “body without an image”, a structure or zone without imposed organization that can be sentient or inanimate […] it is the raw product of social alienation and destabilization, and a surface on which repressed and uncontrollable desires flow without organization, but with consistency.
https://en.m.wikipedia.org/wiki/Body_without_organs

To dance with Žižek as he does with Deleuze. Instead of “discourse of the hysteric’ and re-appropriating Deleuze back into Lacan; the Discourse of the Schizophrenic and a Žižek who reads (or dances with) Nietzsche.


“Writing has nothing to do with meaning. It has to do with land surveying and cartography, including the mapping of countries yet to come." "Bring something incomprehensible into the world!" - Gilles Deleuze & Felix Guattari, A Thousand Plateaus

"There is no need to fear or hope, but only to look for new weapons." - Gilles Deleuze, Postscript on the Societies of Control

"Dancing in all its forms cannot be excluded from the curriculum of all noble education; dancing with the feet, with ideas, with words, and, need I add that one must also be able to dance with the pen?" - Friedrich Nietzsche

As long as there is philosophy, there will be dance.

As long as there is dance, there will be philosophy.