Beware the ones who cant take a joke

Beware the ones who cant take a joke

Beware the ones who cant take a joke
Not so long ago i was surprised by many posts in social media from wiccans and other magick practitioners furious by some group hexing the moon. Being the Moon the most sacred thing to wiccans is understandable the reaction, but i wanted to know at what extent a response is natural and what is an overreaction. The idea of hexing the moon sounds so ridiculous to me and i honestly thought it was an innocent act of mischief, simply as that. Sadly, esoteric groups have become so serious and dogmatic as any other religion to the point that any kind of joke translates to a personal attack, when most of the time they came from people who are part of the mocked ones. If someone ask me about what's the route to trascend i would say "just laugh", because only learning to laugh even at what is most sacred to you makes you assume control about narratives, dogmas and ideas. Laugh put you back as the one observing the matrix and not the one inside the matrix. Be smarter and know how to take a joke, and be steady on what you know to ignore the personal attacks disguised as bad jokes. Beware the ones who don't know how to laugh and never fall in tricks from the envious pinks who just wants to make you feel guilty for having a chuckle. 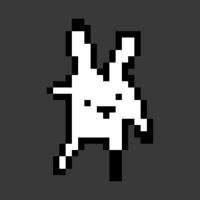